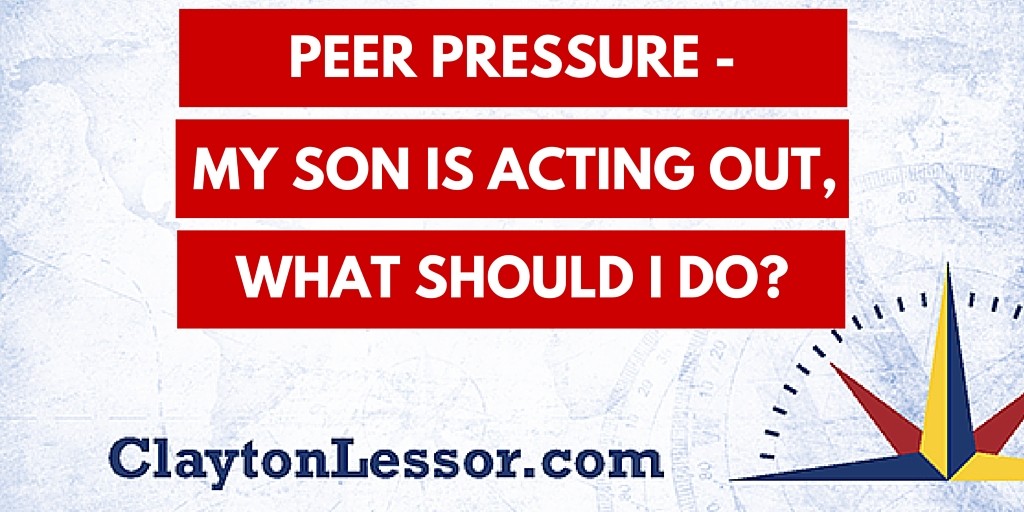 Peer pressure by definition is “social pressure by members of one’s peer group to take a certain action, adopt certain values, or otherwise conform in order to be accepted.”

The Importance Of Adolescence

One of the most critical times in a young boys life is adolescence.  If you’ve been following me,  you have heard me say how important it is for your son to have a healthy male role model in his life.  Important may be an understatement, it’s imperative!

The transition from boyhood to manhood is innate and it’s important that you are aware and ready to respond.  A boy will “break away” from his mom; he wants to stand on his own two feet.  He begins to think about “the man he wants to become” and looks at who around him he wants to be like. What does manhood mean?  If dad is present, he is the first best example for his son.

Peer pressure is something all teens are forced to deal with at some point.  It’s how they respond that is important.  For boys this is where it can get messy; if dad isn’t around to guide him he’ll look to his buddies for an example. Peer pressure can lead a boy down the wrong path.  The risk for boys is that they think proving they’re a man means taking crazy risks to show their bravery.  They can be drawn to negative groups like gangs, or to the boy who has the least amount of supervision at home to “hang out” with.

Some signs to watch out for:

What You Can Do

Before this happens to you and your son, here are some basic suggestions that can help him get through this critical time:

Sports are a great environment for boys, as well school clubs (chess, art, debate and Jr. ROTC) they provide activity and a sense of pride.  Boy Scouts, religious and community activities are also great ways to engage with your son and give him a sense of mission.  Remember boys are visual and physical!  Your goal here should be to surround him with good positive support by making sure he is in an environment that provides him an example.

Peer pressure is alive and well and requires your attention.  How does your son act out? Post your questions or comments below or on my Facebook page.