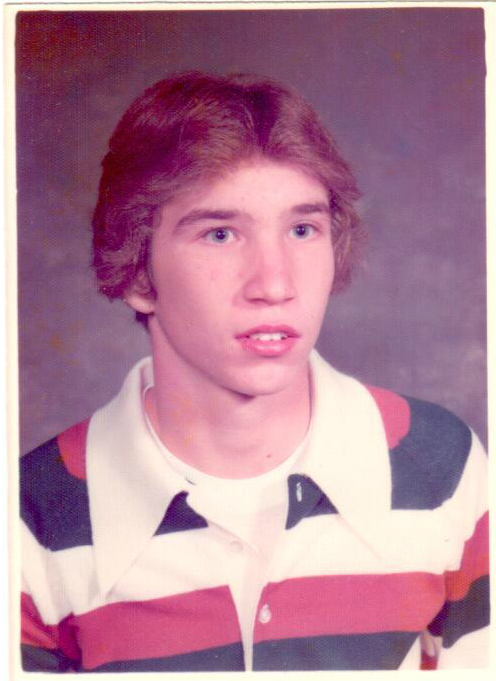 Continuing the story of the life that brought me where I am today and my commitment to helping boys, next up is my high school years.

Eventually, Mom divorced Dad and to say it was “a nasty one” is an understatement.  I made the decision at sixteen to live with Dad.  I’m sure you’re wondering why would I do that!

Well, there were a couple of reasons, first, I thought I could keep him away from my mom.  And second, at that age there is a strong, innate need to be around male and male influence to satisfy identity development.  I was seventeen when the divorce was final, and although I was glad she finally did it, things had gotten worse for me.

Dad began to test me, “to see what I was made of” by hitting me.  His drinking escalated which led to even more anger, rage, and beatings.  I began to fight back and as a result what was chaotic before became “out of control.”  Driving home from a movie one Sunday evening I saw my house burning down and my best friend Cinnamon (a miniature dachshund) was inside. She died in the fire.  Life had officially fallen apart for me.

Getting Through High School

I began to experiment with alcohol too; I was drinking beer when I was 16, a junior in high school, to help numb the pain.  I struggled to pay attention in the classroom, and I’m sure by today’s standards I would have been diagnosed with ADD.  But as a psychologist I can tell you what I was suffering from was post-traumatic stress disorder (PTSD) and depression.

I had girlfriends and in fact I needed a girlfriend to get the attention I didn’t get from my parents.  I would lose myself in my relationships and spend every waking moment with my girlfriend because that’s when I felt I mattered to someone.

Growing Up and Getting Away

I realized that “growing up” didn’t mean the pain would automatically go away, in fact, it began to worsen.  I had no real direction in life except to get away from my home.  I remember telling my dad when I was 11 years old that I wanted to be a doctor. He told me to “forget it…I wasn’t smart enough.”

Actually I was a smart kid, I tested with an IQ of 129!  I enrolled in college but wasn’t sure at that point what I wanted to do and that can be hard when you don’t believe you’re good at anything anyway.  You can imagine how that went;  I would skip most of my classes and go drink a beer!

One day my good friend Jay suggested we join the Air Force together.  I didn’t even have to think about it, I said, “let’s do it!”  We went together,  talked to a recruiter and in a matter of days I was enlisted.  I was inspired!  This would give me the opportunity to be someone and to excel and I was going to give it my all.

That’s a snapshot of my teenage years. I’ll share more about my life as an adult in the next post.

We all make decisions as a teenager that can go very well, or very badly!  What were some of yours?

Posted in From Boy to Man, The Quest Project and tagged boy to man, Clayton Lessor, teenage years, troubled boys