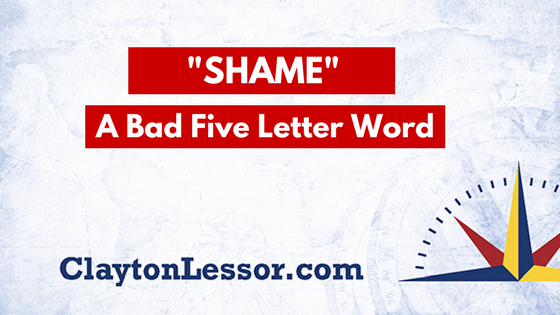 Your adolescent son shouldn’t feel shame.  Sadly he most likely does.  How does this happen and why would he feel shame?

In a recent interview I was asked this question “why are boys in trouble?”  One of many reasons is they carry shame.  The interviewer  was shocked and went on to ask, “How can a young boy feel shame about something that wasn’t/isn’t his fault?”  It was a profound moment for him (the interviewer) which leads me to believe that you may not realize your son is, or could be, feeling shame.

First, so that I’m clear, he shouldn’t ever have to feel shame over things he has no control over.  He does have control over his bad behavior so that’s an exception!

A Bit About Troubled Boys

Boys need a mother and a father.

The attachment theory developed by Dr. Bowlby states that mothers are more important than fathers in a boy’s development “up to puberty.” This is not only what, but why the divorce courts use this in custody cases.  Many dads struggle with this, but research supports the theory.

Now, this all changes with boys reaching 11+ years of age and the statistics spell this out.

Erikson’s Psychosocial theory takes over, boys at this age start to look towards dad more intensely and at the man he(dad) is if present. The theory, stage five of development, states that this is the time of Identity vs Confusion.  It is considered a crisis if left unresolved and remains a crisis until negotiated and healed.  If dad (for whatever reason) doesn’t engage and participate with his son, his son will feel it’s because he isn’t good enough or important enough to his dad; this is a major cause for a young boy to feel shame.

It can take a lifetime for many boys and young men to get to the source of why they feel or felt shame.   Consider all the data and stats on the fatherless and absent fathers in the life of men and we see a real crisis and why boys are in trouble and why so many feel shame.

You or someone else tells your son that athletic ability has nothing to do with being a man.  That statement shames a lot of boys who put stock in their physical ability.  Athletic ability is a physical developmental gift which, in some males, are more pronounced, and they either accept or reject as their gift.

Your son is playing on a playground where other boys are and he’s called a sissy.  He will feel and carry shame and you may not even be aware it happened.  Boys on the playground under the age of 13 should not be unsupervised; this is just one of many reasons why.   If this would happen, a healthy male father would protect these boys and explain it is not appropriate.

Black-and-white statements are dangerous.  Judgment calls of absolutism can lead to “don’t be” messages. These are shaming and lead to self-doubt and potential depression. We live our lives in that area between black and white, in what is essentially a grey area.

Are you cautious with your words; do you know how harmful they can be?