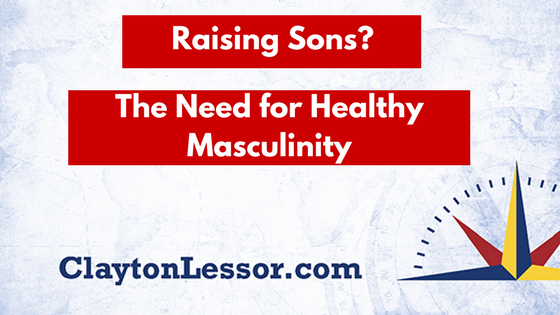 Masculinity continues to be debated in the media as “bad” and “toxic” I’m motivated to bring some alarming facts to your attention.

If you’re watching the news you are hearing weekly sometimes daily of arrests of female teachers, female coaches perpetrating adolescent boys.  It’s becoming epidemic, CBS news reports there are more than 800 documented cases.  This is what’s happening behind the scenes while society is trying to figure out “how to” teach boys to be less masculine!

Any time an adult male or female perpetrates a child it’s abuse and is not okay, but less attention is given to the boys.  Sadly I’ve witnessed this firsthand.  My client, a 30-yr. old adult male, going through a divorce as a result of infidelity shared a burden he carried since the age of 16.  He had been seduced by an older woman and tragically his father was “quietly/secretively” proud of him.  He carried the wound for years, until he met me and dealt with his pain.

I’m an advocate for these boys, and that requires me to speak up and speak out!

Think about what occurs when masculinity is squelched or eliminated. Typically, just the opposite, which is passivity.

So what can happen is this:

Wouldn’t you rather teach your son healthy masculinity?  I’d like to say, “so that in the unlikely event” he’s approached by an aggressive, assertive female (or male) he knows to “stand firm,” but if this epidemic continues it’s very likely it can happen.  The 14-yr. old boy from Florida in a case mentioned above, cried and told his parents “anyone could molest you.”  He claims his teacher was picking him up nightly, as well as providing him with marijuana.

Aggressiveness, assertiveness and aggressive behaviors are present in both the young and old; in male and female, the masculine and the feminine!  If you read my recent blog on masculinity you notice aggressiveness is not in the definition.

My recommendation is this.  A boy needs his father (or healthy male mentor/role model) to immediately begin teaching him healthy masculinity.  That means teaching him how to take action, be a leader and how to stand firm.  It reinforces his confidence and gives him the strength and power needed to stand up for himself.  A boy needs to know it’s okay to say no too, just as we’ve impressed upon and taught our girls.

Are you ready to join me and take a stand for your son?  I sure hope so, he needs you!