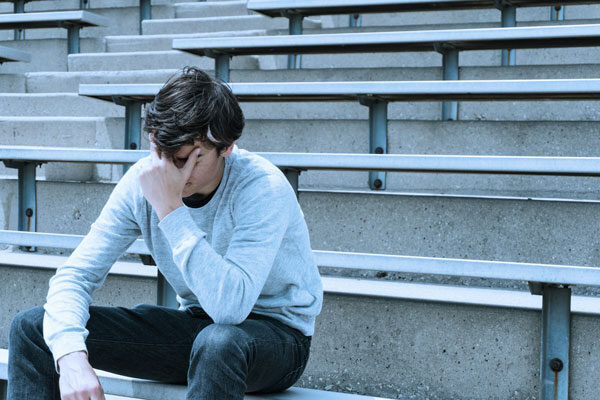 When I begin working with a family; usually regarding their son, during an initial assessment I can discern quickly if it’s a “shame based” family.  Shame based families are about controlling behavior to conform (i.e. shame more to get behavior we want). Whether intentional or unintentional it’s fundamental that we clean that up first. Here’s why….

Shaming is detrimental to us individually and as a family unit.  As of late, I’ve contemplated that shaming is out of control.  It can lead to a self-fulfilling prophecy and eventually giving up, checking out and feeling totally broken!

FACT: “Time-out parenting” is a very popular form of behavioral modification.  The theory is if a child separates from the environment where he shows unacceptable behavior, he will change his behavior, and if used correctly (as a natural consequence) it works.

FACT: Have you ever been called stupid or crazy or told you were toxic?  If so, you’ve experienced feeling shame; it’s a terrible, harmful feeling.  The psychology of shaming teaches us that shaming (i.e. discouraging words) sets us up for depression!  So, we need to balance discouraging words by saying more encouraging words to offset.

It leads me to this, the hot topic of “toxic masculinity.”  “Masculine” and “feminine” are adjectives used to describe male and female.  When we place labels on those with derogatory words like toxic what does that create?  It creates shame.  In this case it shames a male’s manhood.

What I want to impress here is there are many toxic behaviors like aggression, arrogance, perfectionism, jealousy, shaming or cruelty just to name a few.  What is not in or on the list is masculinity or femininity!

FACT: Nicholas Cruz toxic aggression landed him in prison.  Bill Cosby’s toxic aggression and arrogance put him behind bars.  However, neither of these men’s masculinity caused their bad behavior.  The hundreds of female teachers that sexually abused male students last year certainly have toxic aggression, but toxic femininity didn’t cause those women to behave badly.

Society, our overarching family, is shaming men when they label their masculinity as toxic.  Do you see the difference?

FACT: Men don’t need to feel ashamed to be a man, nor do women need to be ashamed to be women.  We are individually, 100% responsible for our behaviors; male or female. I certainly have a concern for the thousands of young adolescent boys I work with who are feeling that men are bad.  Simply not true, and absolutely must change.

Armed with the Facts

Toxic behaviors are a result of a lack or absence of healthy modern masculinity teachings (absent father).  This has been researched extensively; it is evidence-based.  A healthy man among men teaches his son how to be a responsible man.  And as a circle of healthy men among men we decide what masculinity looks like!

FACT: The media or uneducated individual(s) that perpetrate the “toxic masculinity” non-sense are actually perfect examples of the toxic shame-based behavior problem!

If you are someone who has been buying into the toxic masculinity message, I hope you’ll consider my words and my extensive research and knowledge, and I hope you’ll stop.  I hope you’ll correct the next person or persons that tries to tell you masculinity is bad or toxic.  You now have the facts; you can now stand up for your son, dad, husband or brother and refuse to let them be shamed.

Want more on the subject?  Pick up my books HERE.