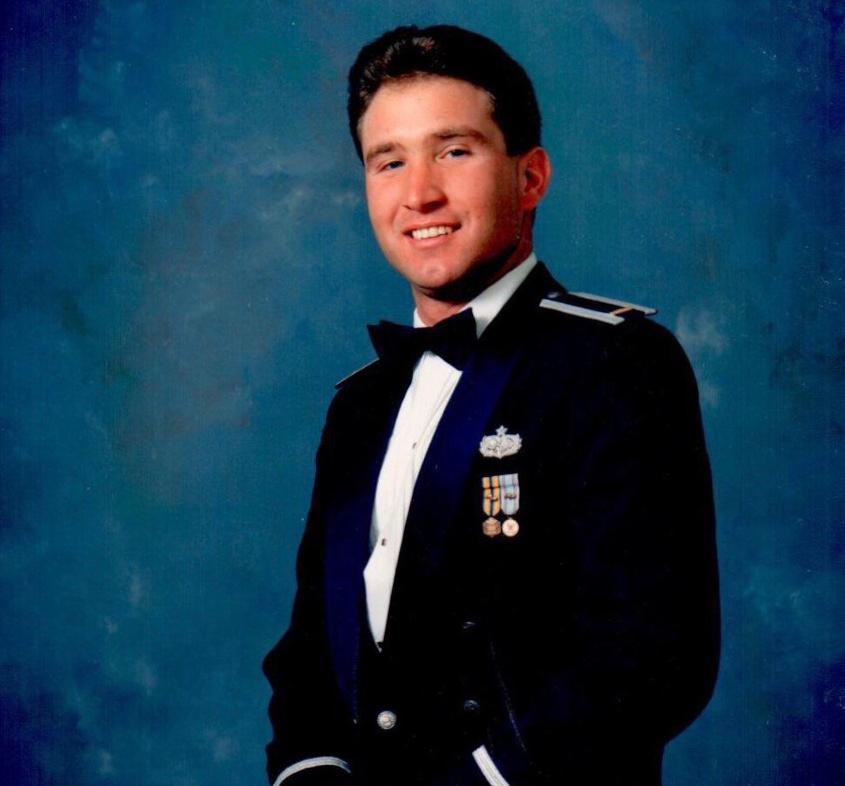 At 18 years of age, just out of high school, me and my buddy Jay enlisted in the United States Air Force.  It was an easy decision for me; I was lost with no direction in my life.  Jay and I had a lot of adventures together, and this would prove to be the biggest and the best!   Sure I was scared, but from my very first memory as a child life for me was scary.

Basic training was at Lackland Air Force Base in San Antonio Texas.  Typically basic training can “make or break” a young man; I had already experienced that with an abusive Dad. I learned at an early age how to follow directions and orders to a tee, how to complete every task perfectly, the Air Force became my new Dad and a much-needed healthy mentor.

After basic training, I spent 2-1/2 years at Eglin Air Force Base in Florida where I worked on weapon electrical systems on several different aircraft models.  While stationed at Nellis Air Force Base in Nevada I received the Professional Maintenance Man of the Year in 1983 and 1984 (more than 30 troops compete for this award).

I have received commendation medals from all three units I served with during my six years of active duty. I traveled from Florida to Southeast Asia and back, then Nevada to Southwest Asia.

Upon returning to civilian life in 1985 I pursued higher education but was determined to remain in the service.  I applied, and was accepted, to the Missouri Air National Guard with no break in service.  With my extensive experience, job knowledge and get-it-done attitude it didn’t take long to attract the attention of my branch chief.

After receiving my engineering degree, I got my commission and became an Officer.  I was named Officer In Charge of munitions/maintenance for 120 troops and over 2000 pieces of equipment.  I was voted number one by my peers on overall professionalism, camaraderie, attitude, appearance, and military bearing.  Looking back, of course I was, Dad wouldn’t have accepted anything less of me.

For me, the best part of all was the military gave my life direction, structure, and discipline.  I learned how to be a man and that I could be and do anything I wanted to!  The Air Force was my support system and family; they gave me attention, awards, and much deserved respect.  Bonus-all while defending my country.

Proudly this Veteran retired Captain of the United States Air Force with 20+years of service!