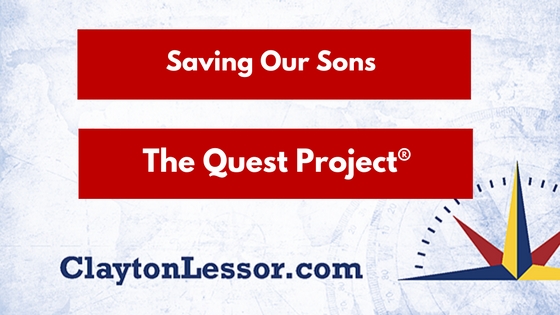 Every quest begins with a question. This was mine:

“Why are so many boys suffering, and what can be done to help them?”

Here’s a glimpse of how I got my start.

The following excerpt is from Chapter 5: The Quest Project. I hope you enjoy!

Each process I used was based in psychological theory and the research I had done both in school and in the field. However, I had never before created a full program on my own, so I made a conscious decision to keep the process fluid. I wanted to be free to change things as I went along, to get rid of what didn’t work, to expand on what did work, to move parts around, and to add new elements depending on how the boys progressed and what they needed next.

As the weeks went by, it became clear that the program worked. Parents raved about their sons’ progress, and that was the success I had hoped for. I also realized that there were many more boys in my community beyond the hospital who could benefit from the same kind of experience.

After I took two groups of boys through the hospital program, it was time to launch The Quest Project®.

I still have the spiral notebook where I put the very first program together. I kept the once-a-week model because it had worked so well. I sketched out a ten-week schedule designed to take a group of boys through a modern-day rite of passage, similar to the initiation rituals in ancient and native cultures that guided boys into manhood.

It would have the community element because it would revolve around a group of boys working together and supporting each other. It would include challenges for the boys to complete to gain a sense of accomplishment. And everything, including the challenges themselves, would be designed with a therapeutic purpose.

I specifically developed every step of the program to help the boys uncover their pain, face it and heal from it as they progressed from week to week. They would graduate transformed, stronger and healthier than before, and well on their way to becoming responsible men.

The official release date for Saving Our Sons is September 1, 2016. The book is now available for pre-ordering on Amazon.com. 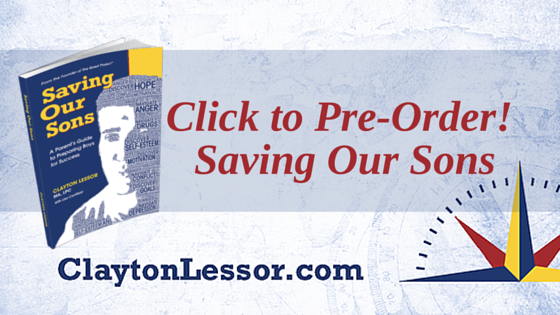